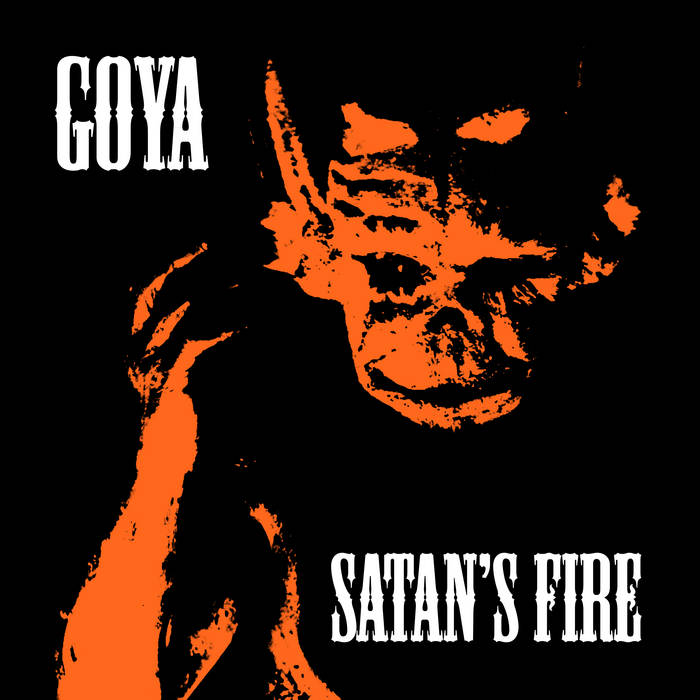 The cover image of Satan is a still from the 1922 Swedish-Danish silent film Häxan, written and directed by Benjamin Christensen. Favorite track: Malediction And Death.

Grégoire Guery Satan would be coming after these guys if he wasn't still headbanging to Satan's Fire and setting it on repeat! Favorite track: Satan's Fire.
more...

"Whether it’s the apocalyptic wailing’s of the 11 and a half minute opener ‘Malediction and Death,’ the short instrumental of ‘Symbols,’ or the finale that is the title track of ‘Satan’s Fire;’ fans of stoner and doom should love the dark, entrancing riffage that Goya produce."
metalrecusants.com/2015/01/07/goya-satans-fire/

"... the title-track (5:58) finishes with a tale of antichristianity, dropping out of life, and watching the world fall apart. Doom? Yes."
theobelisk.net/obelisk/tag/goya-satans-fire/

"...more distorted than the speakers in The Devil’s car that have been turned up to number 11 and is being ridden down the lower depths of hell, windows open, elbows hanging out the door frame and a horde of demons head-banging on the back seats. Marijuana Doom has never sounded this good."
stonerhive.blogspot.com/2015/01/goya-satans-fire-ep.html

"Satan’s Fire is in no way a departure from the band’s earlier accomplishment, but it is definitely a refinement of style executed with an array of effects pedals and impossibly fuzzed-out distortion, amplified by extreme hatred and disgust. With Satan’s Fire...Goya is officially a force to be reckoned with."
heathenharvest.org/2015/02/10/goya-satans-fire/

"The talent of each musician shines but Jeff Owen's clever guitarwork takes you further into a world of dreams and fire. Its been said that certain music if properly played can allow one to transcend the current state to feel a connectedness to another realm. Goya does this."
metalifestyle.com

"Amidst the heaving, roaring chaos, guitarist and vocalist Jeff Owens (who also performs bass duties on this release) spits forth vitriolic curses and condemnations. When he snarls, “I wanna watch you die,” there’s absolutely no reason not to believe him."
verticalchamberapparatus.blogspot.com/2015/02/see-world-as-it-turns-to-dust-goya.html